Our project is about training Jackal robot to learn how to avoid obstacles in a confined space. The project will use neural network and genetic algorithm with selection, crossover, and mutation to evolve the Jackal robot.
We use the distance from three directions and put them into the simple neural network to output to the Jackal robot. By letting Jackal try different trajectories and directions, and then find the perfect route, iterative learning with genetic algorithm, so as to achieve the perfect obstacle avoidance.This project can have a wide range of applications, such as auto driving, such as sweeping robots, and we can also see Jackal becoming more and more intelligent in continuous learning, which is very interesting.
Keywords: Jackal robot, neural network, genetic algorithm 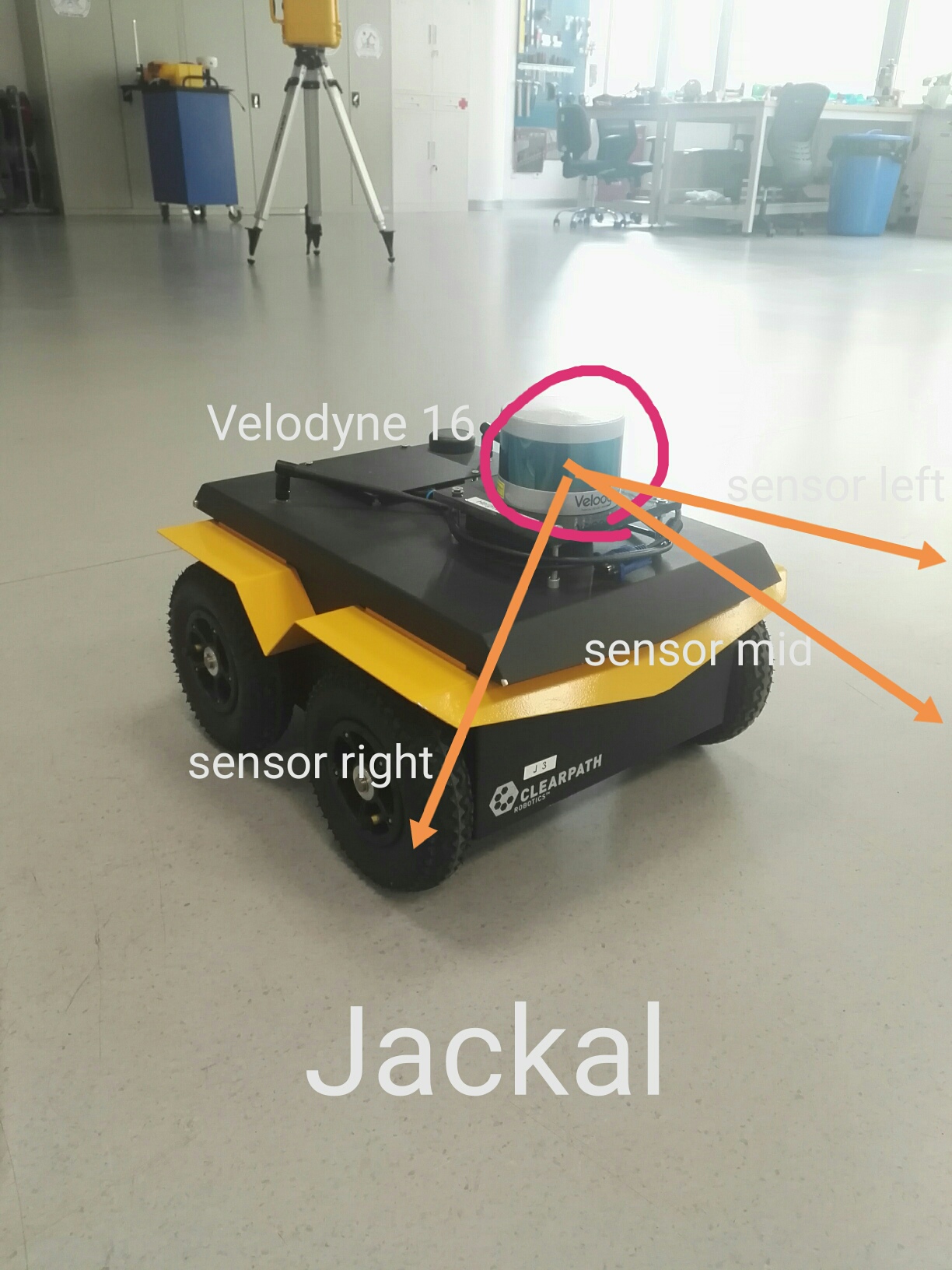 Fig.1: Jackal with Velodyne
Then we follow the outline of the Evolutionary Algorithm. We define each generation is a set of six individuals. For each individual we first randomly get fifteen weights. Use these fifteen weights and three values from laser scanner (after some processing)to linearly combine and output to the linear speed and turn speed. 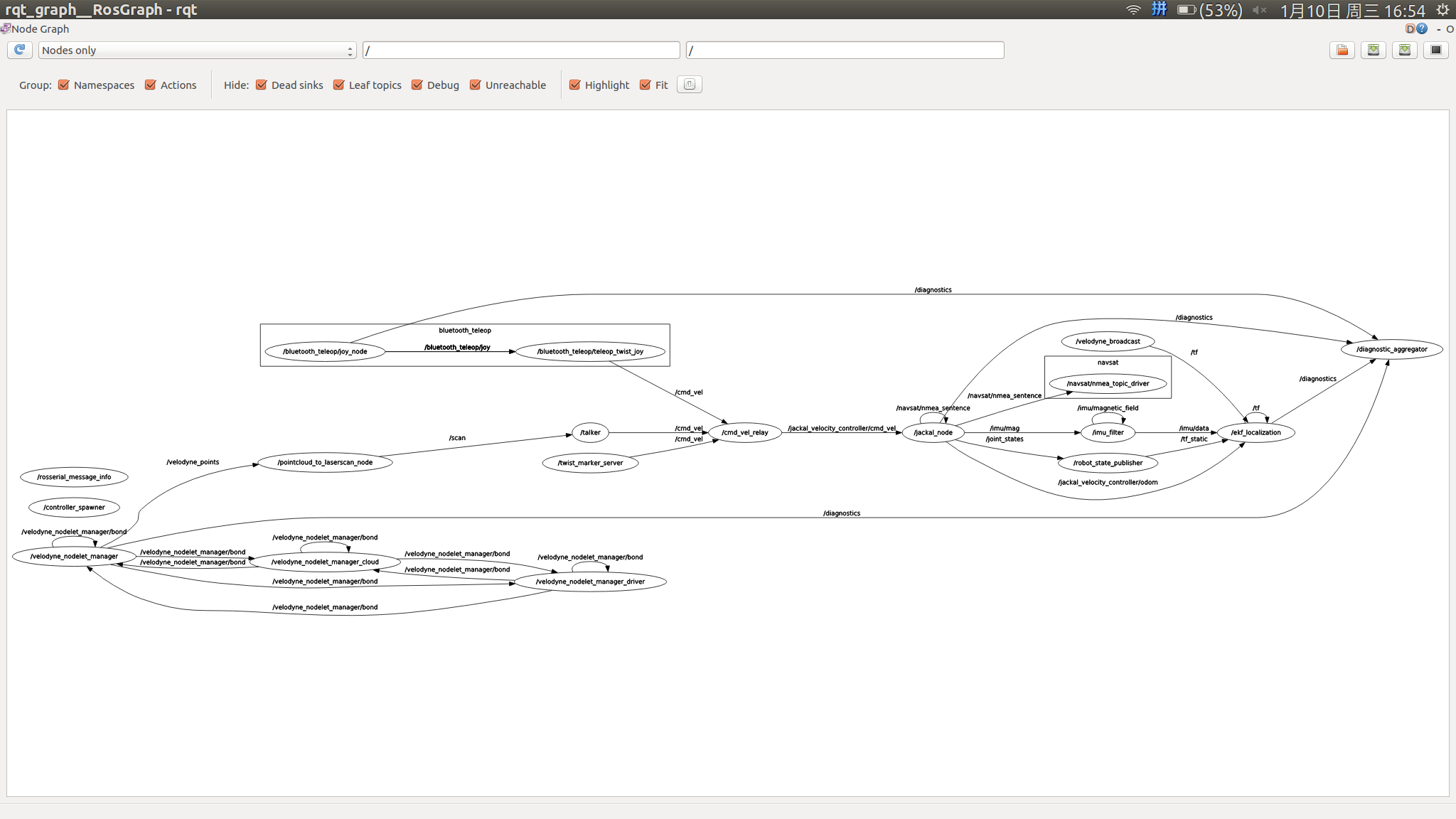 We put some boxes or some other obstacles in STAR Lab. Then let Jackal run and learn in this arena. A successful system can be go out of the arena with ” full speed” and without crashing. 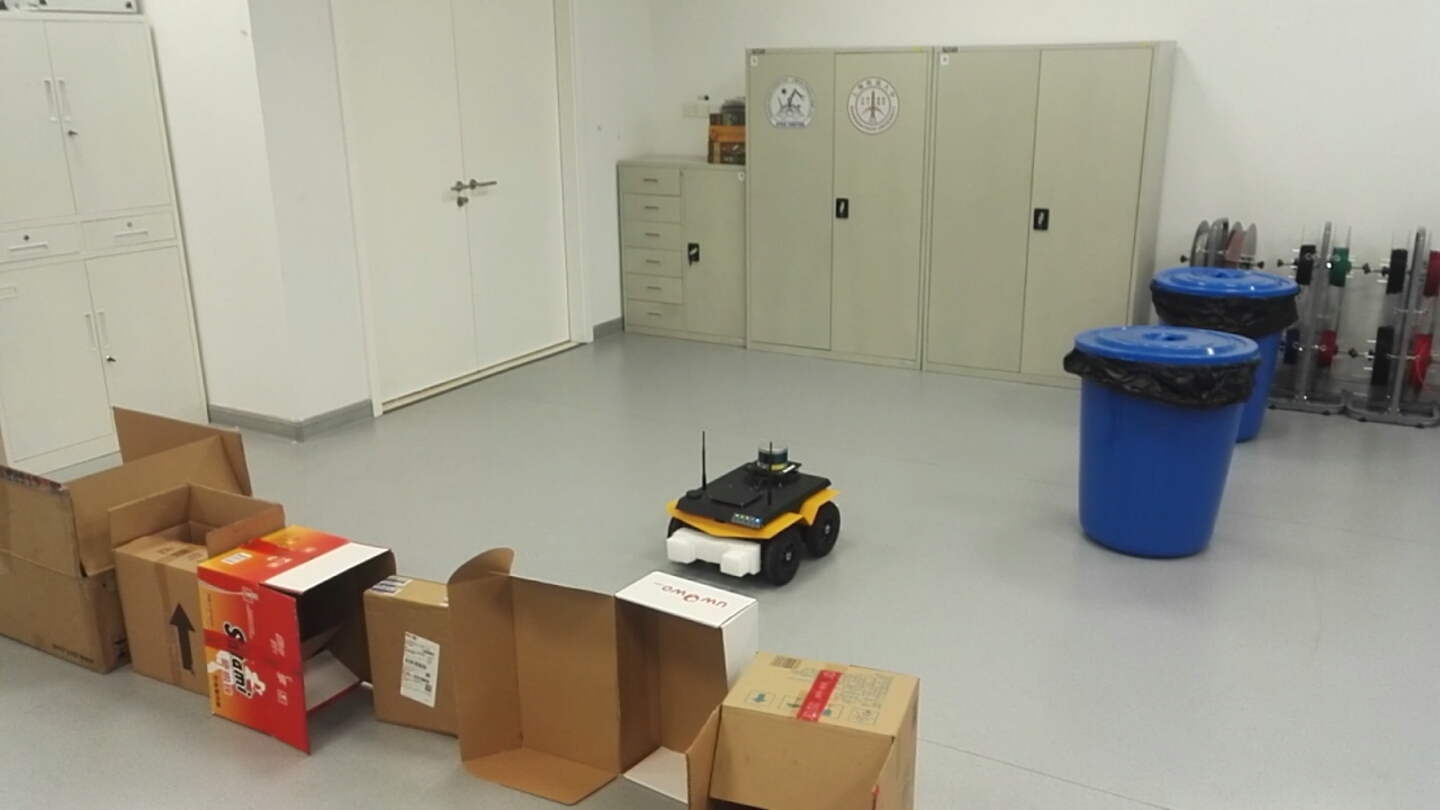 Fig.4: Jackal in arena
Up to now the Jackal can turn left when meeting the corner and avoid some big obstacles. And it could go out in average 2.5 generation in all trials. And with the genetic algorithm we could see the improvement of Jackal. 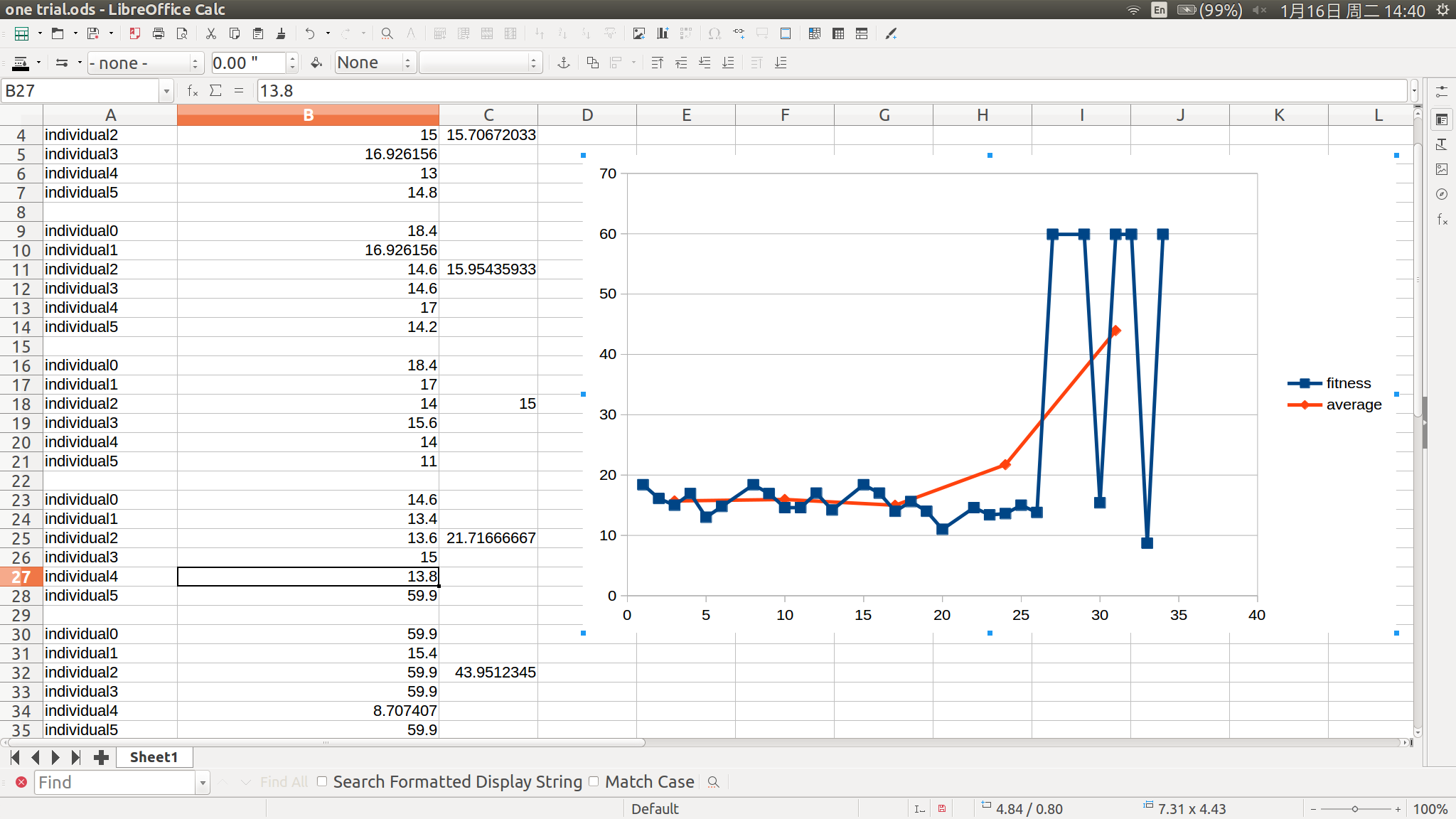