Our group project is mainly about the upgrading the rescue robot in RoboCup. The upgrade contains two parts: the redesign of the robot base and the upgrade of the new motor which has bigger gear-ratio. The upgraded robot will face the complicated terrain and must obey the RoboCup’s Rule. After redesign the base and upgrade new motor, we will test the whole robot in RoboCup Condition and estimate the performance.

The RoboCup Rescue robotic rescue simulation system is a computer simulation of a real urban disaster situation. In the case of a large-scale urban disaster, the terrain becomes very complex. Collapsed houses and crumbling terrain can make manual rescue very dangerous and labor-intensive. In these situations, robotic rescue is a very good option. However, complex terrain can also be a challenge for a rescue robot. This is also the biggest problem for the rescue robot. The task of this group project is to complete the robot’s base system, with reference to the implementation of a hard and soft robot, adapted to the complex terrain at the highest possible speed.

To solve this problem, in our group's project, we redesigned the chassis, replaced it with a more powerful motor, tested the performance of different tracks, and most importantly, re-increased the design of the tensioning wheel so that the tracks would not be thrown off during high speed operation, which also left a new iteration of drawings for the subsequent RoboCup rescue competition.

Additionally, we used SolidWorks to redesign and build the robot’s base system. The main challenge was to test the base’s performance on different surface and how it would perform against complex terrain, including climbs, turns, and corners. The main concern of the paper is also to develop better solutions for the various aspects of handling the terrain and hardware. 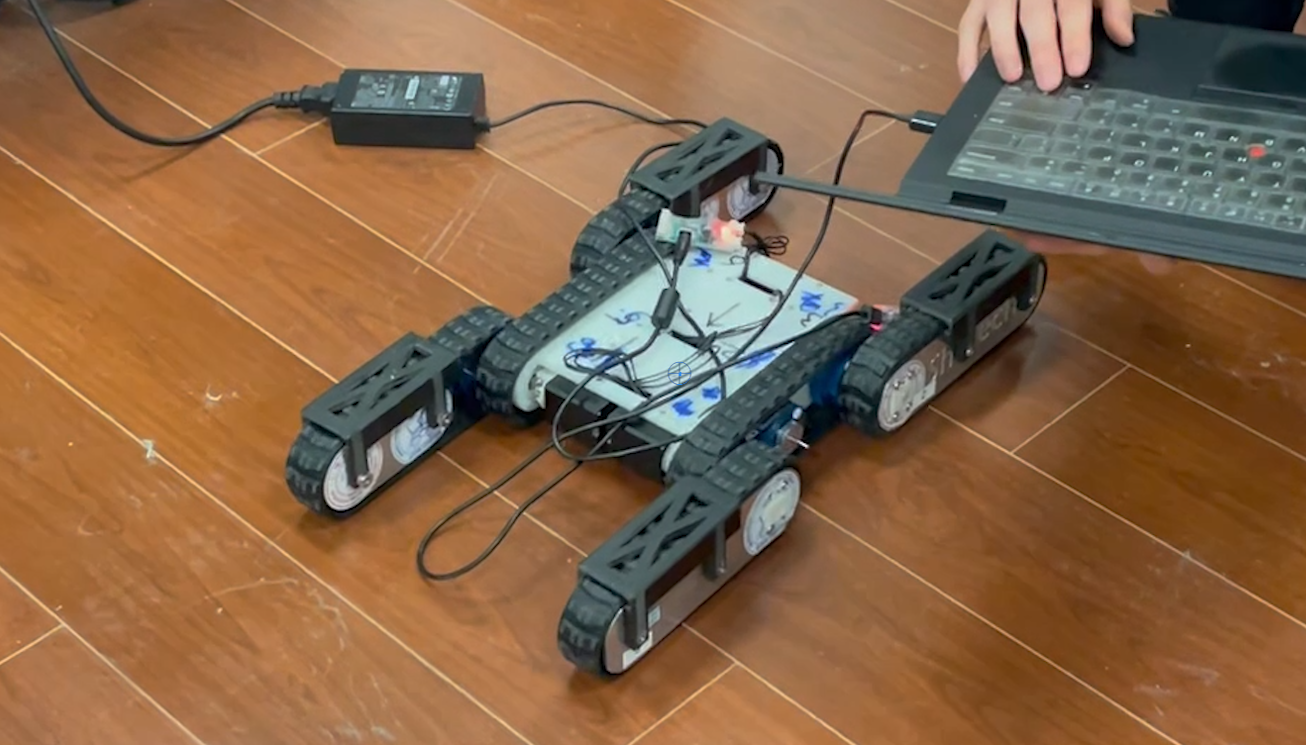 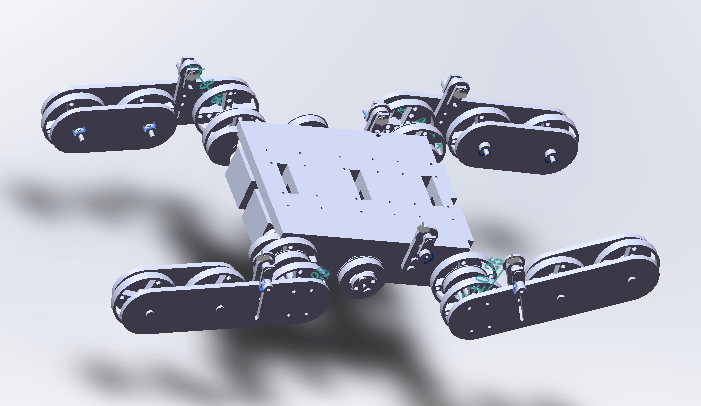 We designed the new base for the RoboCup Rescue robot with larger motor(x450-270).Refer to the original robot structure, we use SolidWorks to build the model and basing on that we make several versions of 3D-print components.And finally we assemble them together. Besides,we designed the new structure for tensioner track. 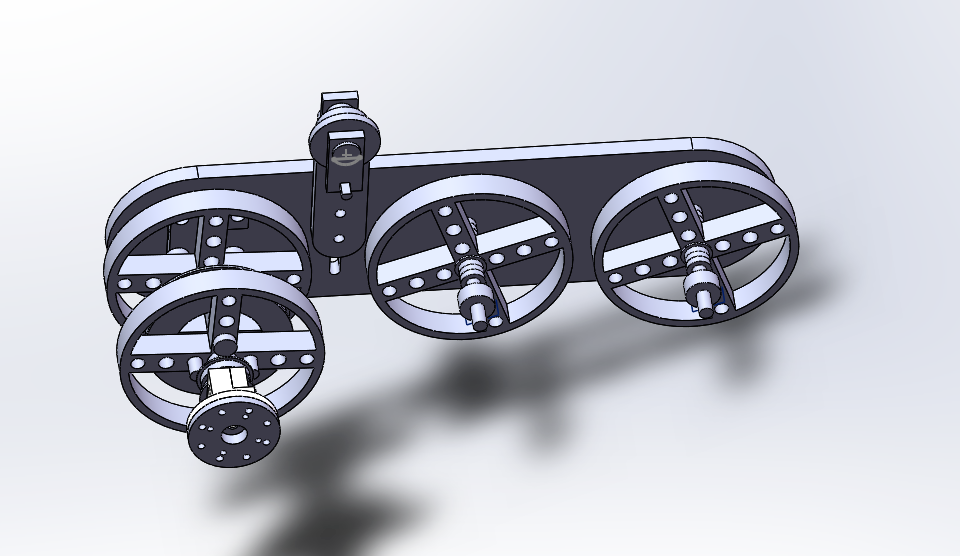 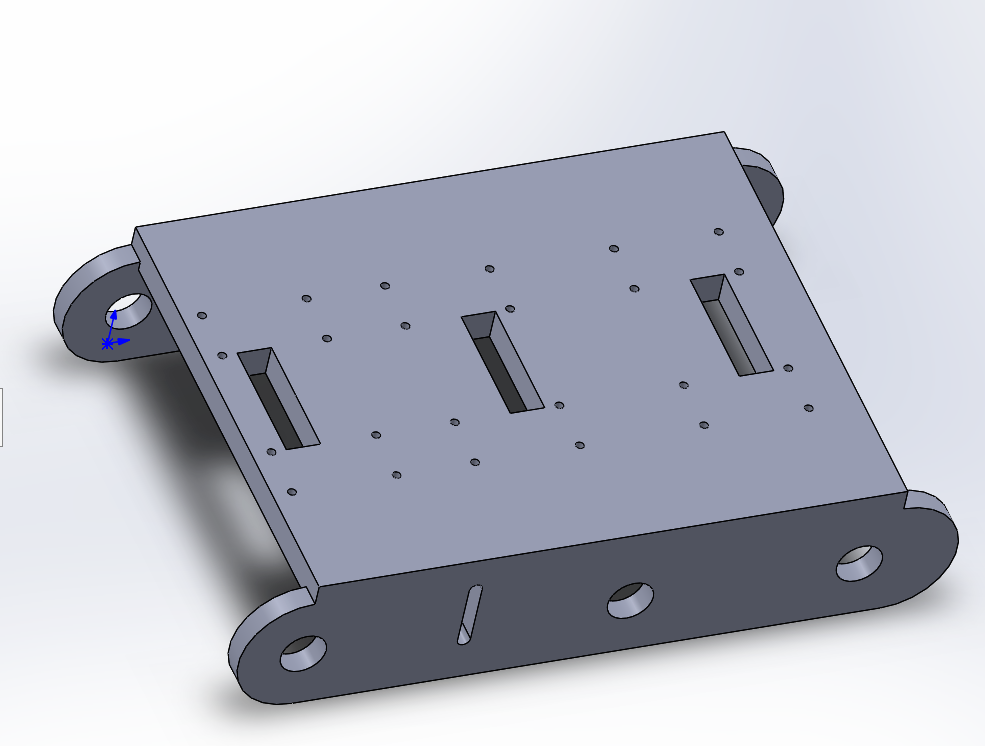 In this project, we apply different ROS packages. 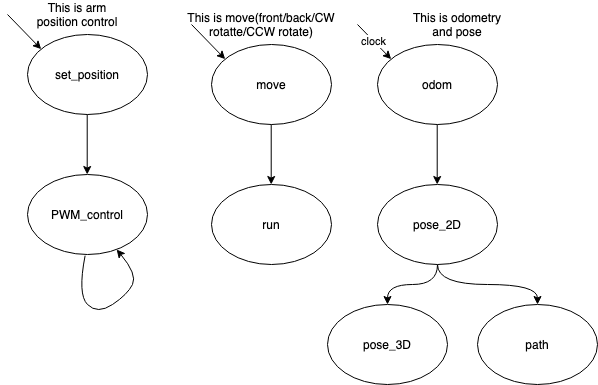