A mandatory course for all undergraduate students of ShanghaiTech University is the EE 100: Introduction to Information Science and Technology. This course consists of four parts, each taught for four weeks: Programming; Robotics; Signals and Systems; and Electronics. The Robotics part was given by Sören Schwertfeger.

The students of the School of Information Science and Technology also participated in a Robotics Practice. The goal was to program a TurtleBot to follow a path given by coloured traffic cones. The main sensor was a RGB-D camera (Microsoft Kinect). The cone detection as given to the students (programmed in C++ by Yu Tianyan and Sören Schwertfeger). The students had to program the control algorithm (see below) in Python using the Robot Operating System (ROS). There were 19 teams with 5 students each. Most of them did quite well - 4 of them reached the goal (see the results table), even though this was quite challenging and many students had just learned programming four weeks before.

The data flow for the robotics practice. 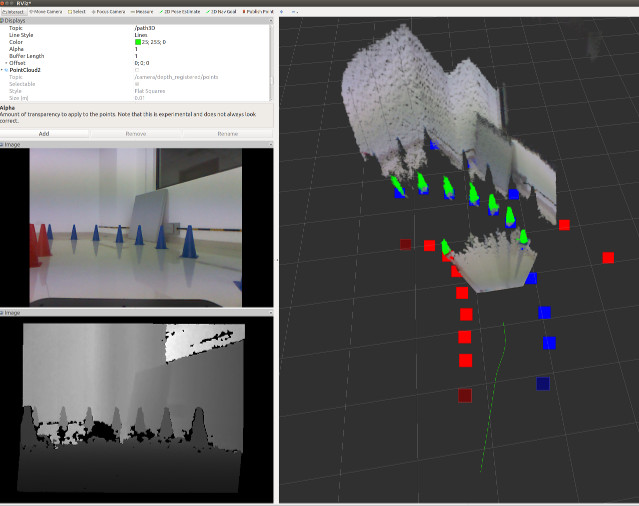 Visualization (ROS rviz) of the RGBD sensor data and the detected cone map.

Short video of one test run.